Varo Unveils ‘A Bank For All Of Us’

NEW YORK, February, 7 2021 – Serviceplan New York collaborated with Varo Bank on the brand’s first national campaign: ‘Varo. A bank for all of us’ which builds on the company’s brand vision for a more accessible and inclusive financial system.

Varo, the first and only digital bank with a national bank charter, is committed to helping the vast, diverse group of Americans who have been left behind by the traditional banking system. Since its launch in 2017, Varo Bank has worked to give people more control over their financial lives by rethinking outdated and elitist systems to create financial inclusion and opportunity for all. Varo offers customers premium bank accounts that have no minimum balance requirement or monthly account fee, high-interest savings accounts, and tech-first features to help people save and manage their money effortlessly.

At the heart of the campaign, which recently launched in outdoor and expanded to TV on February 7th, is a brand anthem television spot showcasing individuals who reflect the beating heart of America’s diverse society.

The hero visual featured across the campaign is the iconic twenty-dollar bill, re-imagined with portraits of everyday Americans. The design is a highly crafted aesthetic that mirrors yet modernizes the graphic style of the US dollar bill. The idea was born in September 2020 when creatives from the House of Communication New York began work on the campaign and invites Varo customers to envision money in a powerful new way that works better for them.  Coincidentally, the Varo campaign launches a few weeks after the revival of plans for a portrait of the anti-slavery activist and prominent abolitionist Harriet Tubman to feature on the US $20 bill.

There are six new dollar portraits at launch, representing a snapshot of American diversity. An accompanying Instagram augmented reality filter expands upon “A bank for all of us“ by offering an interactive way for anyone to join the campaign with their smartphone. Using Instagram, anyone can put their own face onto a twenty-dollar bill and share that image with the world.

“Serviceplan Group’s House of Communication New York took our brand strategy to heart — a vision of happier, healthier communities through a better relationship with your money—and our desire to empower people to seek a true banking partner outside of the legacy institutions that have left so many Americans behind,“ said Halle Hutchison, Chief Brand Officer at Varo.

“From that brief, they conceived this provocative, breakthrough story-telling device. What if we reimagined banking—and specifically, our currency—to better reflect the people and communities that banks are supposed to serve? Together with the production vision brought by Scholar, the result is this inclusive, relevant, and visually powerful campaign that is the perfect vehicle to re-launch the Varo brand,” added Hutchison.

House of Communication New York Creative Directors Paul Foulkes and Matt Ashworth shared: “When we were briefed on this project, we were really moved by what Varo is trying to do. It's such a simple notion, and one that makes perfect sense. All we tried to do was tell the truth about the situation—which is always where the best work comes from.”

Stefan Schuette commented: “I couldn’t be more proud that Varo Bank chose the House of Communication New York as the trusted partner in one of the biggest integrated US brand launches in 2021, and we are looking forward to communicating Varo’s unique manifesto.”

The campaign spans television, OOH, radio and digital. The TV spot will air on February 7th in selected markets during the Super Bowl LV including Atlanta, Baltimore, Charleston, Las Vegas, Memphis, and New Orleans. The TV commercial was produced by Scholar in Los Angeles and directed by Will Johnson and Michael Tavarez. The entire spot was concepted for shootability in accordance with Covid restrictions. Actors were cast virtually via Zoom, and filmed individually on green screen to ensure safety, while the Varo and Serviceplan teams attended and commented via Zoom — a first for both parties. 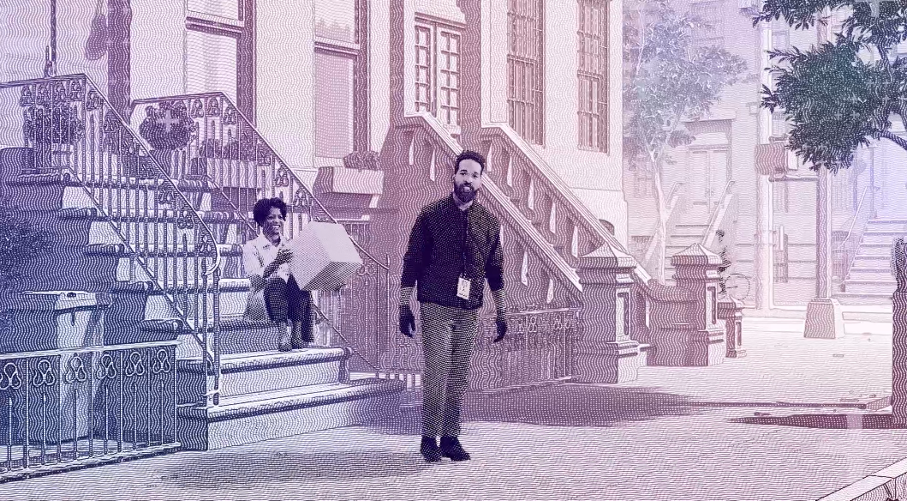